The other day, I was randomly thinking about how far I’ve come in my single season. Initially, I was angry and wanted to punch everybody. I couldn’t understand how this unicorn (me) could be single. I had invested so much of myself in so many relationships just to end up twenty-nine, with no husband, or no prospect of a husband in sight. After being angry for a while, I began to figure out the reasons why my previous relationships hadn’t worked and what not to do in the future. Then one day, something shifted. Through lots of alone time, plenty of prayers, and much time spent healing; I woke up happily single.

For once in my life, I realized that I was 100% at peace with not having anyone even though everyone around me expected me to be married and on my first child. But I finally released the need to please everyone. I am at peace. Yes, I want marriage and kids but I am in no rush to get it.

You may be thinking “Sounds pretty lonely. She’s sitting on a couch with five cats while writing this” I actually have a dog and I’m seriously content with waiting for God’s best for me.  Being happily single is all about your perspective. That’s why there are generally 3 stages of single before you become single and content. I sat down and thought about my journey to this point, and each stage had a name: misery, discovery, and contentment.

For most of my love life, I have fallen into this stage. I often looked at being single as a sickness you can catch that just wouldn’t go away. It made me sad, it didn’t feel right, and I often used unhealthy coping mechanisms. I went out a lot, drank too much, and dated several men that I knew I had no future with. But where did this misery come from? I believed it derived from several places.

There are certainly many other reasons but these were the main 3 roots of my misery.

For some, misery lasts long. Many never move out of misery because they are comfortable being unhappy about their life so they don’t want to change their perspective. It’s actually easier to be miserable and depressed than to shift your mindset to think positively. The best thing you can do if you feel you’re in this stage is to do a hard 180 towards positivity. Begin with listening to uplifting podcasts or speeches on relationships and dating. Start journaling and writing down positive affirmations about your love life and your happiness. Listen to motivational speakers like Lisa Nichols and Les Brown to get a new perspective. You can do this but it starts in your mind. 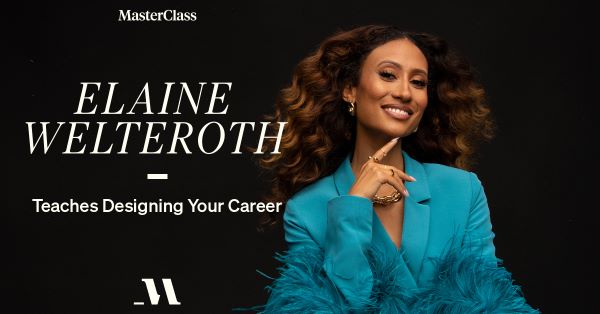 Once I realized I wanted to be better and not bitter, I started analyzing the why behind my single. Not the shallow answer you give the guy on your first date, but the REAL deal you tell yourself when you’re all alone with your thoughts. I began to discover patterns in my dating. One of my dating patterns was that I dated awful guys. I had horrible taste in men. I realized my self-worth was way low so the men I picked reflected that. If you think you’re worthless, then you’ll date the men who are readily available as opposed to the men you actually want.

I also moved way too quickly in relationships. I was extremely clingy due to abandonment issues I dealt with. Focusing on the why instead of the fact that I was still single gave me these revelations. I figured I was doing something wrong because I kept yielding the same results. But even if I wasn’t wrong, there is always room for improvement. If you are tired of your unhealthy dating cycle and feel you keep meeting the same man in a different body, then you may be in the discovery stage.

This should be the goal for everyone everywhere. We should all aim to be content in all aspects of life. That’s in our jobs, with how much money we make, what kind of car we drive, etc. Content is a state of peaceful happiness. This is not to get confused with complacency which is marked by self-satisfaction especially when accompanied by unawareness of deficiencies. In order to be content, you are beyond satisfied, you are at peace and you are happy. You’re at peace with being single.

I am choosing this route because I realized that

One of the biggest perspective shifts I had in my priority shift. For a long time, having a man was my number one priority. I would lie to myself and say it wasn’t but deep down, I knew it was. I would stay up late and be exhausted in the morning just to go on last-minute dates/ ditch writing in order to talk on the phone with a guy/ would sometimes be so sad I was single that I couldn’t focus on my creativity. It sounds sad but many can attest to this but few will be completely honest and admit it.

Once I shifted my priorities and put God first, my career second, and me third, I was much happier. If all you’re focused on is the fact that you don’t have a man, it is hard to be content with what you do have. Be free of negative thoughts and be happy where you are in life because the grass always looks greener on the other side. There are so many women staring at your fabulously single self wishing they could be you. And being content doesn’t mean you don’t want a man, it just means that a man isn’t all you want. Let that sink in, it’s deep. If you find yourself single, sexy, and free; understanding that being single for you is a choice and not a circumstance, then you are in the awesome stage of contentment. Congratulations!

I hope understanding different phases has helped you understand which phase you identify with and which phase you’re aiming for. I am a firm believer that awareness is the beginning of breakthrough. Once you learn where you are and who you are, you can then create a goal for where you want to be. If you enjoyed this post, don’t be afraid to share it with your friends or with women you believe can benefit from this.

The Pros & Cons of Dating Multiple People While You’re Single

6 Ways To Boost Your Self- Confidence When You’re Single

10 Undeniable Signs a Married Man is Using You